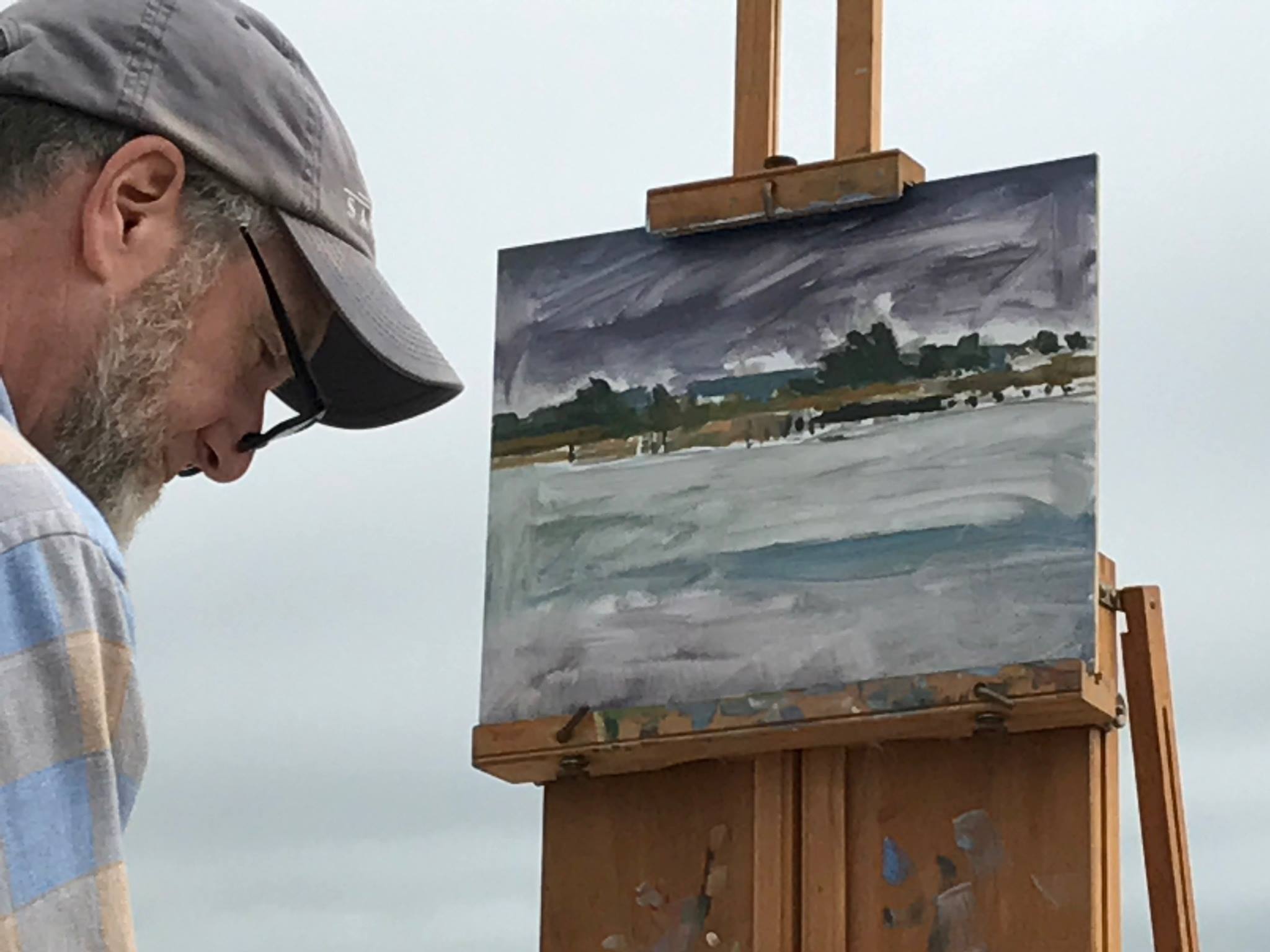 An award winning artist since high school Chuck Law entered the professional art world following a successful career as a leading floral designer in the Atlantic City Casino Industry. Law joined up with the “Daily Painter" movement on the internet and for the next few years he disciplined himself to paint every day, creating small completed "alla prima" oil paintings. It was during that time that his inspirational focus switched from being a studio painter to working regularly outdoors. Given his deep love for the woods and waters of his native South Jersey, stepping into the "Plein Air" art scene was a natural move for Chuck. He also took a number of workshops, studying with some of the top representational artists in the country to further his understanding of oil painting and the challenge of capturing the landscape 'en plein air' .

" I credit much of my skill with oils to the time spent doing those daily paintings. That practice really provided the experience necessary for the challenges of plein air painting. When I went outside to paint I knew I'd found where I wanted to be as an artist. The beauty of nature is ever inspiring to me; I grew up on the water and spent much of my time in the back bays and woods of South Jersey as well as living on the Chesapeake Bay in Virginia.

While no longer an active member of the daily painter's movement, Chuck still heads out to paint on location as often as possible. When not out in the fields and waterways, he also loves to depict old houses, urban scenes and figures. Back in the studio he creates larger pieces in conjunction with the smaller plein air paintings. And of course the artist still does still lifes of his beloved flowers from time to time.
Chuck loves to compete and has won many top honors in Plein Air Paint Out events and other juried shows throughout the Mid-Atlantic Region. He has received national attention as a two time finalist in the Raymar Fine Art Competition. Chuck has had four solo shows to date and participates annually in many group exhibits throughout the region. In a relatively short time his recognizable style has gained the respect and admiration of collectors and fellow artists alike. He now teaches workshops and lessons in the plein air style of painting.